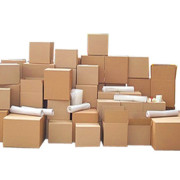 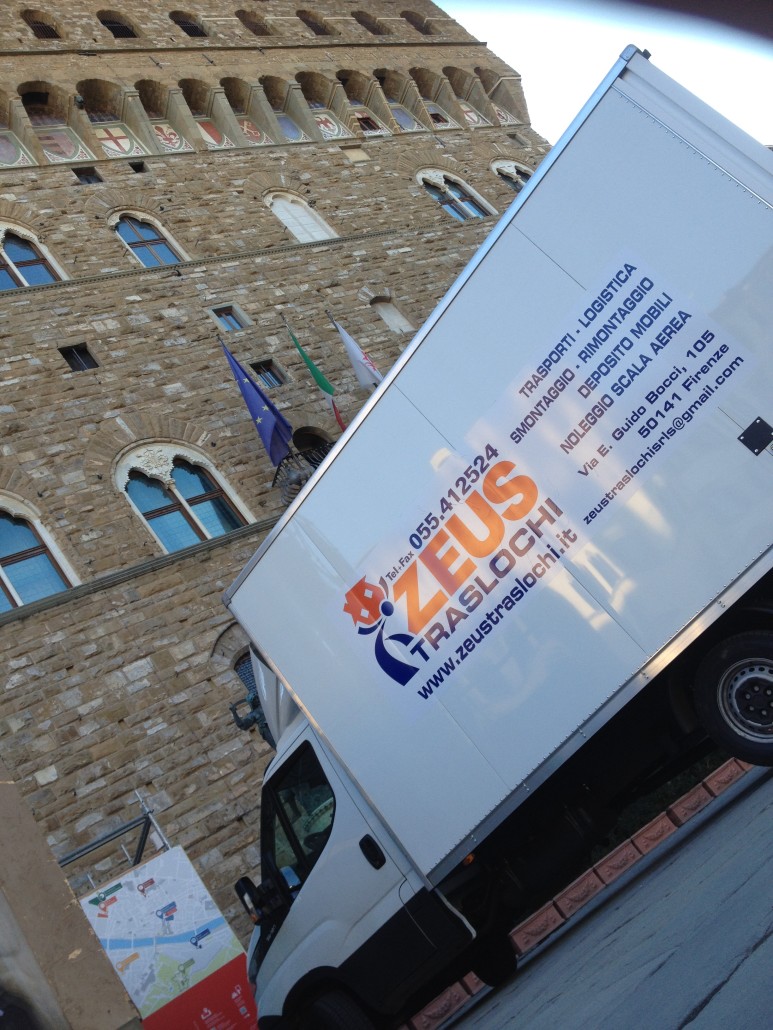 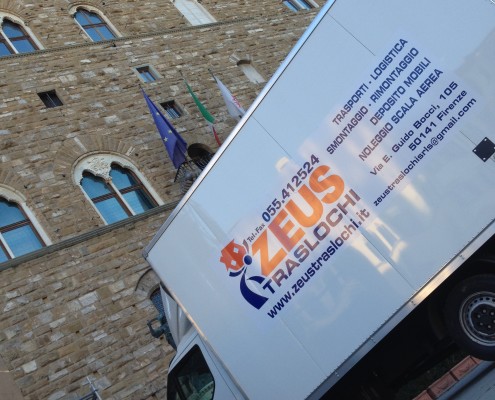 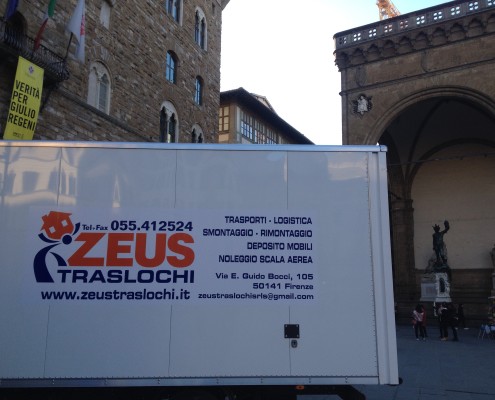 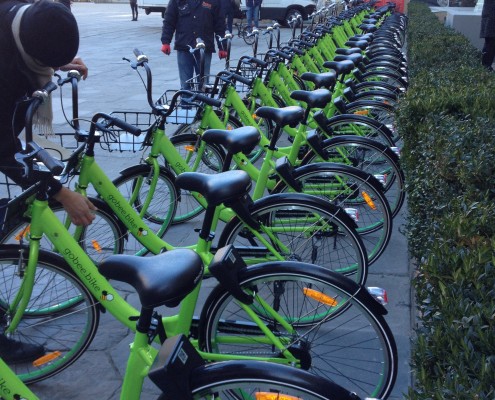 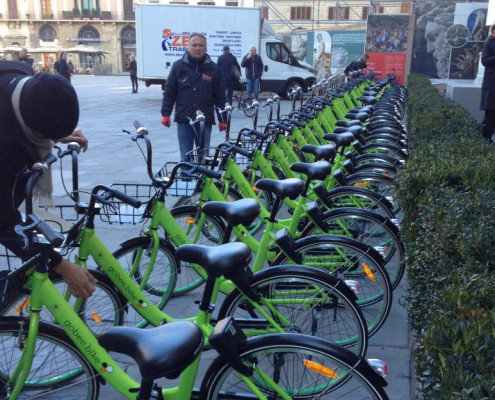 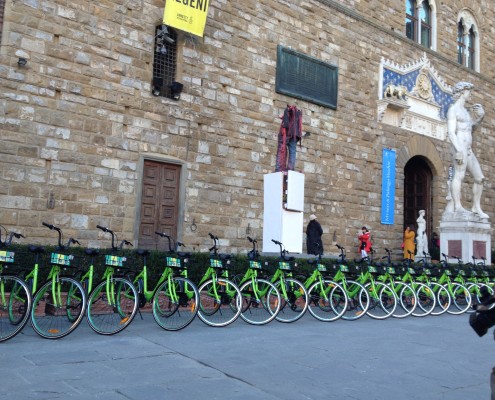 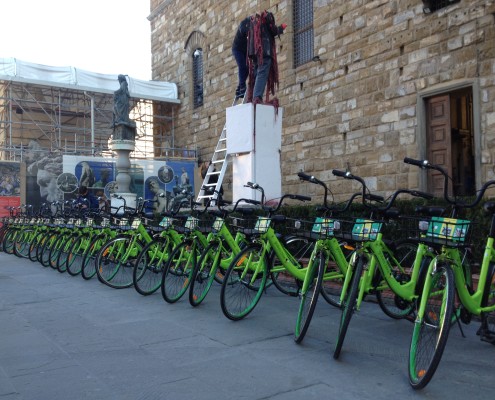 Zeus Traslochi is pleased to have been chosen as the official partner of Gobee Bikea leading company in the bike sharing sector which was established in Hong Kong by young French entrepreneurs. In the next months, we will distribute four thousand bicycles adding to the other four thousand already present in the city of Florence. The objective is to achieve the goal of the local council to make available a total number of eight thousand bikes for free flow bike sharing. Following Turin, the citizens of Florence and those in Rome will profit the service that works via a free app. After an initial deposit of 15 Euros, scan with the mobile phone the QR code on the frame to unlock the bike for 50 cents every half hour and finally conclude by manually locking the bike in one of the 210 dedicated areas that have been made available in Florence.
On Monday 4th December we had the pleasure of setting up the bikes for the official presentation in front of Palazzo Vecchio and checking in person how they are more comfortable and light with bigger wheels, higher saddles and longer gears.

We invite all of you to try out the new Gobee Bike service, having the task of making them available to you in ever-increasing numbers, in the hope of a cleaner and more traffic-free city.